I stumbled on this lovely old school Fluke Nixie tube DMM. After waiting for a bit I was able to pick one up cheap, the only problem was it was not working. Well sort of. The DMM did not function but the Nixie display seemed to work fine. The great part about old lab instruments is that the schematics were all public and published in tech manuals. Good people like David Forbes have these manuals scanned and posted for people like me so I can avoid having to spend another $25 buying one off ebay. He has them posted here: [1]

After looking though the schematic and the troubleshooting guide it became clear that there was more wrong with the DMM then I was willing to spend time on fixing. So I got the idea to convert it into a 24 hour clock for my lab. This is that project covering the attempt to fix the meter as well as the conversion to a clock.

After studying the schematics and troubleshooting the and some reverse engineering I figured out how the Nixie display worked. A signal from the sample and hold circuit is fed into a decade MC839 counter which is then fed to a DM7441A BCD decimal decoder driver. The Nixie tubes are muxed off of this driver. The NPN transistors for each of the segments are Q67-70 with the polarization and half digit on some others. My plan is to cut the clock input to the driver and generate my own from a micro while controlling the NPNs with the micro to mux the display. 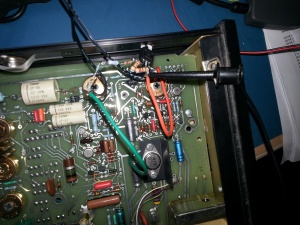 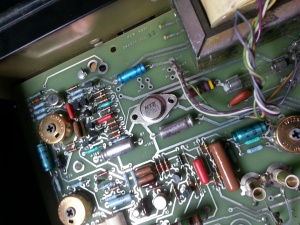 The replacement transistor that I thought would solve the power supply issue. It didn't. 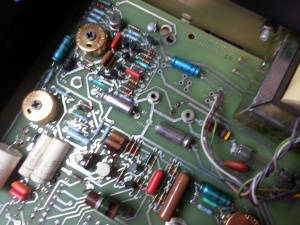 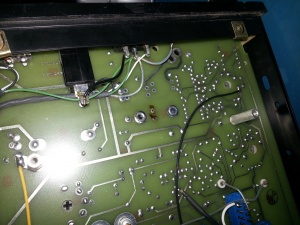 The suspect bad transistor removed from the bottom. 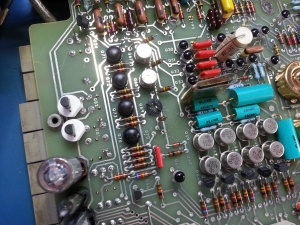 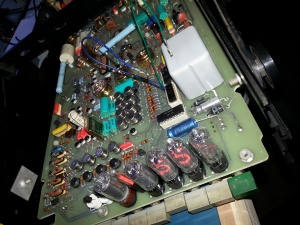 The board removed from the case and powered up. You can see the test leads hanging off the 7 segment driver. 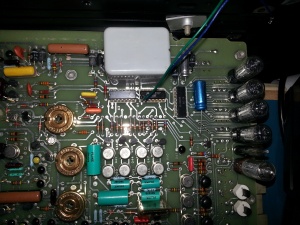 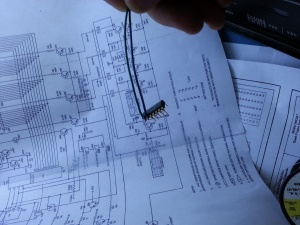 Legs of the 7 segment driver sniped and test leads soldered to them. 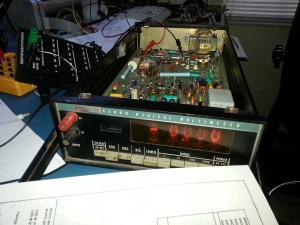 Just working on the bench. 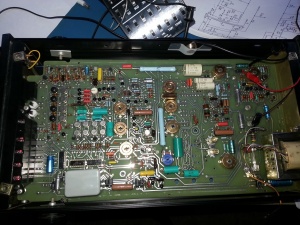 Working on the bench above.
Retrieved from "https://pauljmac.com/projects/index.php?title=Fluke_8100_Clock&oldid=537"